From leaving our home in Falmouth we had a stunning but rather windless voyage up to Holyhead and Scotland which gave us time to cruise the Southern hebrides.  It feels really very quiet at this time of year, the season is just starting and we have the place to ourselves. Empty anchorages and lochs give us peace and more access to watching wildlife.  Just on Jura alone, anchored  under the paps of Jura in Loch Tarbert,  we had 5 red deer including some 6 point stags, seals and of course the wild Jura goats on the shore.  The ancient raised beaches  are superbly developed along the coast. They occur as terraces and extensive ‘staircases’ of unvegetated shingle ridges, formed at a time of high relative sea level as the last ice sheet was melting around 15,000 years ago. 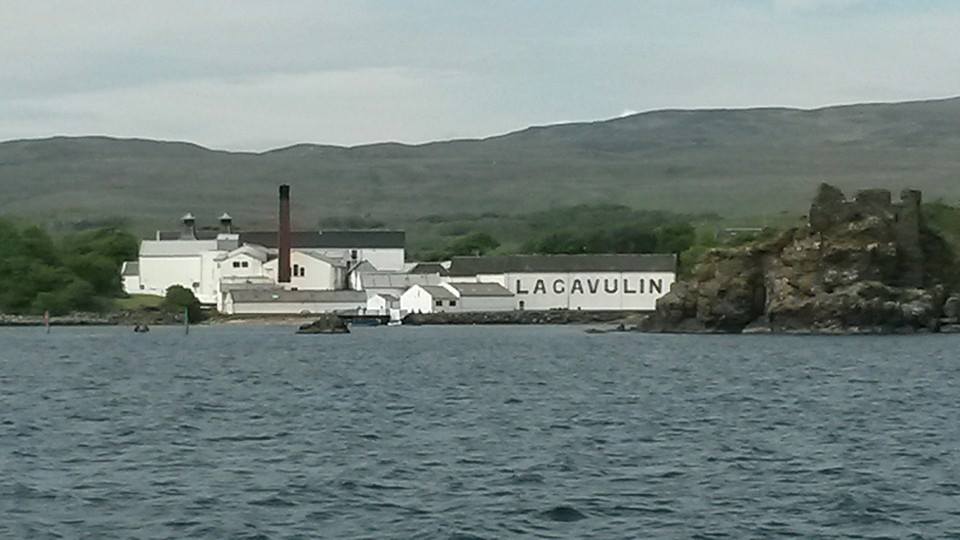 Jura and Islay are two islands close together and world renowned for peated whisky.  Of course, it would be rude not to try the single malts, so Bessie Ellen’s guests gathered at Bunnahabain on the shores of the Sound of Islay for a tour of the distillery there.  The smell of the peated barley takes over the moment you walk in and you are treated to the site of copper stills and oak vats of enormous proportions, some over 100 years old now all making whisky in a time honoured tradition.  Our love for the water of life was a reason for joining the Feis Ile, a festival of music and malt.  Along with our colleagues from the Whisky Lounge, we visited most of the famous names of malt in the week.  Port Charlotte was a real find, a perfectly whitewashed small village on the edge of Loch Indaal where one of our guests had a long lost cousin.  So after a dram and a present of a Lobster we sailed on towards Port Ellen and the southern coasts where Laphroig, Ardbeg and Lagavulin nestle amongst the rocks distilling some of the finest malts.  We were honoured to have a tasting of some tremendous whisky hosted by Colin from Diaggio, an expert in his field who introduced us to Blue cheese with malt whisky, and certainly, it is one to try. 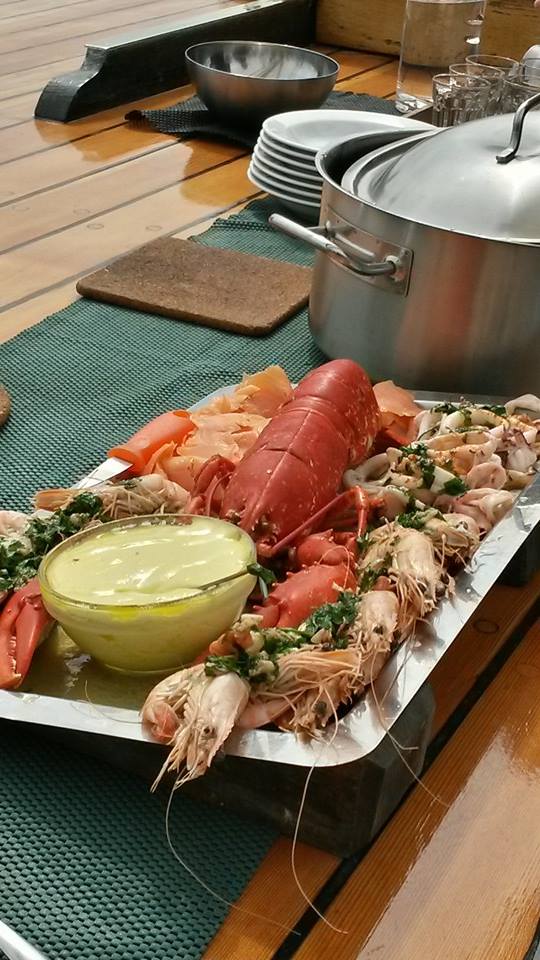 As with much of life aboard, food plays an enormous part of our day.  Our time ashore is spent foraging for mussels or sea spinach and the crew set the crab pots for the night.  So far, success has been remarkable with a few tins of tinned mackerel.  Our last haul from Gometra produced 4 hen crabs, certainly enough for lunch although this lobster was donated earlier in the week.

This week we are off down Southwards again to cruise Colonsay, Iona and perhaps Northern Ireland on the way south to Drogheda for the maritime festival.  Once again, Islay whisky plays a part as Bessie Ellen will be taking a token cargo of Bruichladdich whisky and malt to recreate old trading routes between the two ports.  If you would like to read further, then follow the link and come and see us there.  https://droghedalife.com/791/77379/a/whisky-galore-as-droghedas-hebridean-trade-links-to-be-commemorated