Exiting news.  After a break of nearly 100 years, Bessie Ellen & Irene will be sailing together again next season. The operators of Bessie Ellen  and Irene have got together and designed a fresh and variable sailing programme for both ships, offering everyone who love the sea and shore to get on the water in 2015.
These two vessels are a pair of the last remaining examples of the schooners and ketches of the West Country, which in the latter part of the 19th century and up until the 1930’s carried cargo around the coasts of the United Kingdom and Europe. These sailing ships became the livelihood to many families of the small towns and villages in the South West, such as Par and Fowey, in Cornwall, Appledore, Bideford and Braunton on the Estuaries of the Taw and Torridge in North Devon. Not only did these towns supply excellent seamen and captains, shipyards grew up to build and maintain the large fleet, sail makers and blacksmiths for repairs, chandlers, brokers and merchants gathered to supply the ships with cargoes. In fact a large percentage of the community was somehow involved with sailing ships and the sea.From Scotland to Scilly, water and whisky, maritime festivals and fairs, these two ships from a period now long gone still survive to give us all a reminder of life at sea during the last great age of sail.

From daysails in Cornwall, family holidays to Scilly or adventures to St Kilda, there is something for us all in this maritime nation! So, if you or a friend are itching to go, why not give us a call now or book a sail with these grand old ladies. 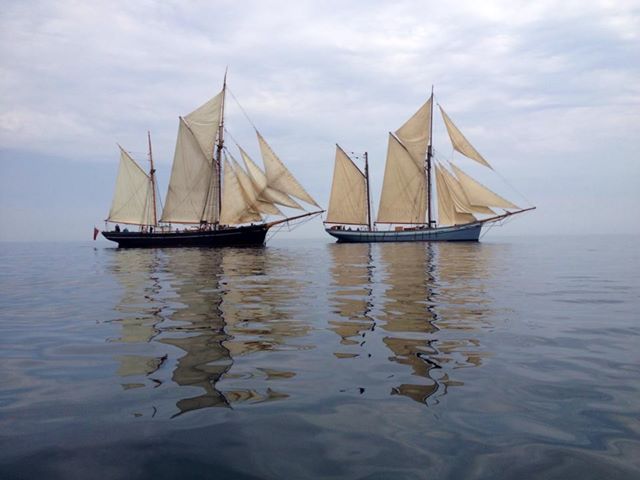